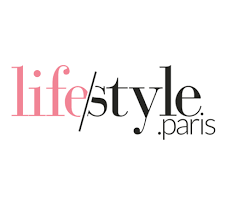 Whether it is our values, habits or beliefs, a lifestyle is a part of our personal identity. It is the sum of our interests, values and behavioural orientations. It was introduced in a book by Austrian psychologist Alfred Adler in 1929 and was first defined as a “basic character” established in childhood. By 1961, it was defined as a “way of life”. The concept of a lifestyle comprises many intangible factors that affect our daily choices and behaviors.

Consumer behaviors are directly related to lifestyle. Many purchase decisions are made with the intention of maintaining or improving a desired lifestyle. A strong brand image helps to reinforce consumer values, and advertising messages can play a major role in influencing consumer behaviors. Similarly, traditional American values include freedom, hard work, achievement, and self-reliance. In addition to consumer habits, lifestyles are often defined by locality. Here are some ways marketing practices influence the American lifestyle:

While there is an ongoing debate about the influence of social media on the American lifestyle, the benefits of these platforms have become clear. These media have helped us learn about the global society, and have even helped to reduce discrimination towards minorities. By increasing our awareness of the social world, we can make better choices and create a more ethical society. In fact, many social media platforms are helping our society by allowing us to connect with other people of similar interests.

One of the most interesting aspects of social media is its impact on culture. In the United States, cultural aspects differ greatly from the ways they were in ancient times. The constant contact with the world has opened the doors for social media to mentor youth, making the American lifestyle more multicultural than ever before. However, this has not been without its downsides as it has diluted our national culture and pushed our youth to be more open to other cultures.

The U.S. EPA published “Municipal Solid Waste: Facts and Figures” in 2005. The country’s large amount of waste and reliance on natural resources is causing an adverse impact on the environment. In response, policy changes may be made to encourage recycling, increase access to public transportation, and reduce packaging. However, cultural perceptions about consumption need to change to combat environmental problems. This article explores the role of environmental factors in shaping American lifestyles.